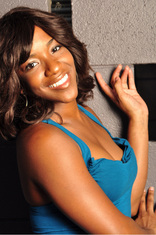 Ashley Danielle is a model, dancer, fashion designer and actress from Nashville, TN.  She graduated from Tennessee State University with a degree in Supply Chain Management in 2008.  She currently teaches dance and manages a female entertainment company in Nashville and Atlanta called Neon Kisses.  She first began dancing at the age of five and continued the art throughout her life.  Ashley Danielle has been seen dancing at LP Field from her stint as a Titans Cheerleader from 2008-2010.  Since then, she's done lots of work in the entertainment and fashion industry including work featured in Esquire Magazine and Scholastic books.  Ashley Danielle gives back to her community through outlets of dance and community service, which she contributes to regularly. As a dance instructor, she is an exceptional leader and role model to many young girls in the Nashville community. She plans to continue her work in the entertainment industry by becoming an entertainment and sports lawyer.  Her work as a radio personality on Beatknockin' Radio also helps her strengthen her relationship with the sports and entertainment world.

Make a video of your own at Animoto. 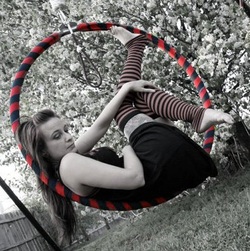 Check back soon for Crystal's Bio! 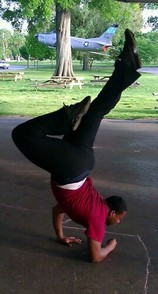 Juan Moore is a graduate of Whites Creek High School in 2004. He then pursued a college career attending Lane College where he received a bachelor of science degree in criminal justice.  During his collegiate experience, Juan was a basketball cheerleader and became the first male majorette at a Historically Black College and Universities in the state of Tennessee! After college, he became the choreographer for Whites Creek High School majorette squad.  Juan is currently a “Battle of the Bands” judge and director of the Mini All*Starz Jr. Majorettes founded June 8, 2011. The Mini All*Starz Jr. Majorettes range in ages from 4 to 18 years old. They travel and perform for program entertainment and compete all over the South. Juan is a child of God who has been very blessed throughout his life. He would like to lead by example and help express his talents to better other individuals. 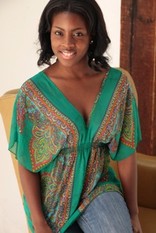 Savvy and creative Lindsay Renee Benjamin is a promising young talent. A native of Washington, D.C., she fell in love with the fine arts at a very early age. Music, Poetry, and Dance have always been significant aspects of her life. At the tender age of 8, she had her first singing debut. A few years later, at age 12, her first poem was published in the Anthology of Young Writers. All the while, she always enjoyed dance. Lindsay has had little formal training but her passion for dance has been apparent in her accomplishments. During her junior year of high school, she and some fellow classmates created a liturgical dance team and she joined the cheerleading team where she soon became captain and lead choreographer. Upon attending Fisk, she decided to pursue her passion for dance full-time. Within her first month in college, Lindsay managed to audition and land a spot on the university’s major dance team as their only new member and only freshman to do so. Since then, she has choreographed over 15 dances for the team and has been acting President/Captain for the past two years.  In both her freshman and sophomore year, she organized the ‘So You Think You Can Dance?’ dance competition which showcased dance teams from Nashville –area colleges.

Try our slideshow maker at Animoto.